YOUR BEST GAME AWAITS YOU

The Hotel Puente Romano Tennis Club is established as one of the most important professional tennis clubs in Southern Europe and is affiliated with the RFET. Its facilities are of the highest quality and include 8 clay courts, 2 plexipave courts, gymnasium with the latest generation of ARTIS Technogym machinery, activity room, massage room, sauna and Turkish bath, restaurant, pro-shop and 4 Pádel courts. All this has made the Tennis Club the ideal place to hold official ATP, WTA, Fed Cup and Davis Cup tournaments. Details of all our events are available on our official calendar. Located in Marbella’s golden mile, the Puente Romano Tennis Club is a great experience for tennis lovers. The ideal place for leisure, sport and health. Our opening hours are from 8:00 to 21:00, Monday to Friday and 9.00h to 17h, Saturday and Sunday. 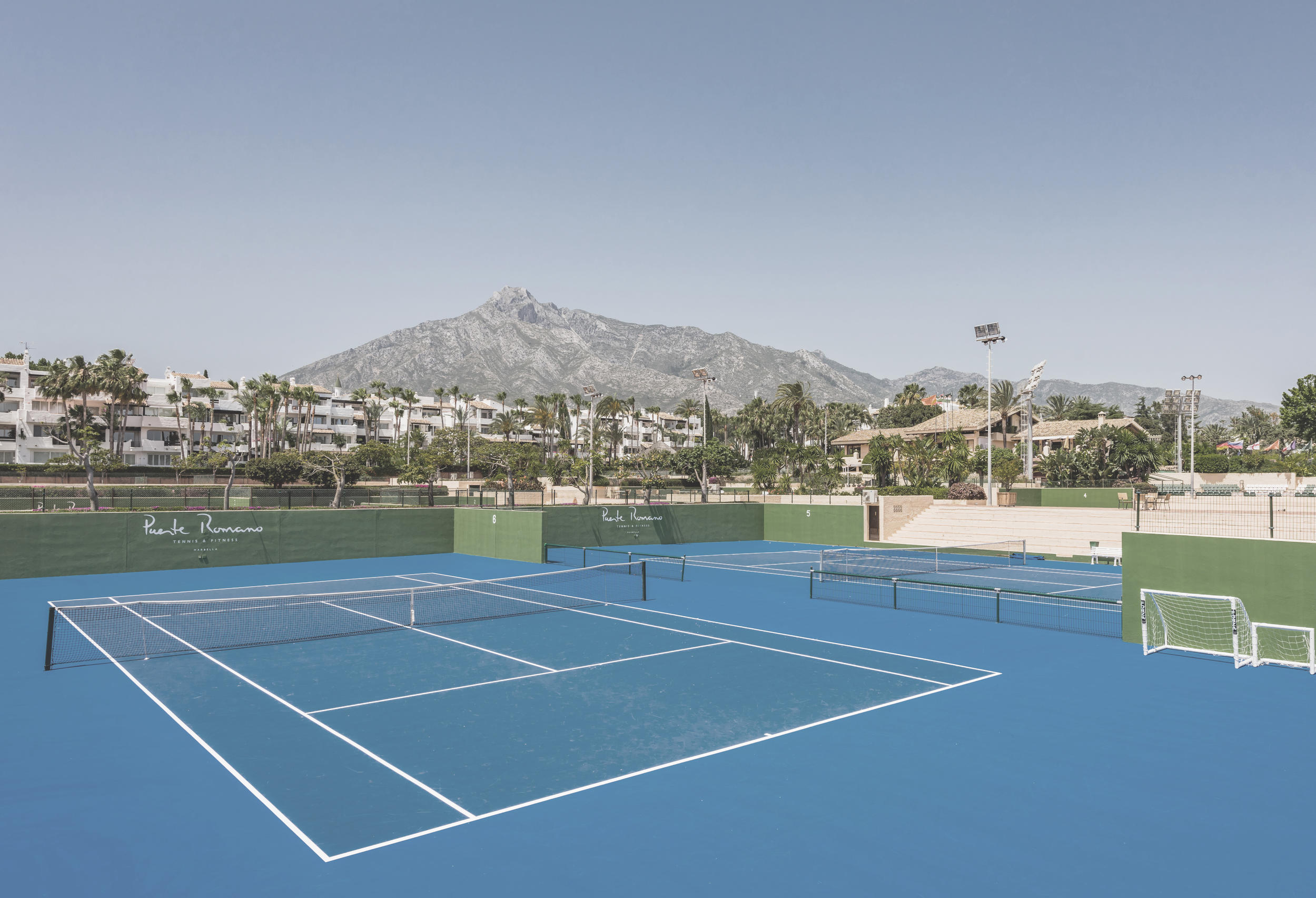 The Tennis Club of Puente Romano Hotel is considered one of the most esteemed professional clubs in southern Europe, being affiliated with the RFET. With 8 clay courts, 2 plexipave courts and 4 padel courts, it has hosted the best players in the international arena, which includes the Davis Cup, where Spain competed against England in 2018, the ATP Challenger tournaments, the WTA and the World Padel Tour. 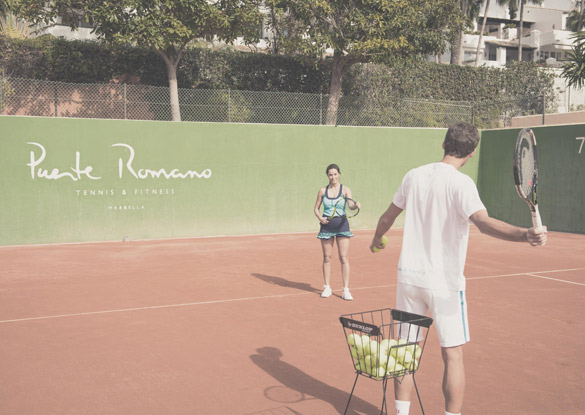 The Tennis Club offers different types of programs in tennis, padel, and gymnastics, adapting to the necessities of each client. We accommodate any type of request for groups or individuals. In addition, the Puente Romano hotel offers tennis packages with lodging during the low and shoulder seasons. 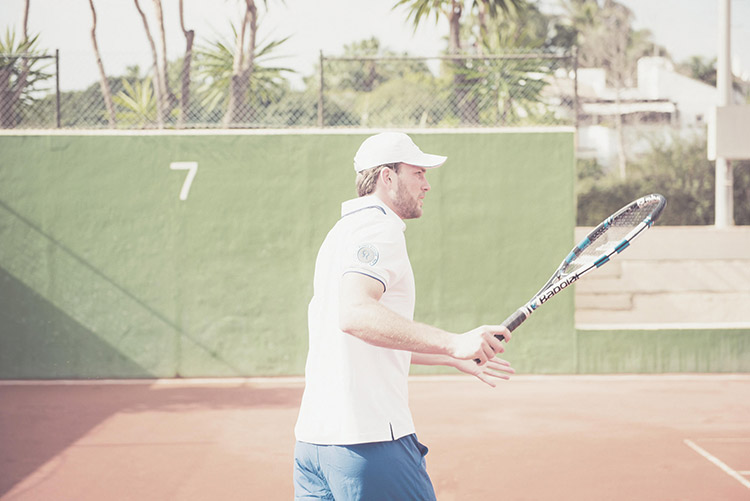 We have a variety of coaches to suit any type of player. To guarantee a high level in all of the classes, all of our coaches are licensed by the Real Federación Española of tennis and the Registro Profesional of tennis. All of our coaches await you and look forward to practicing your favorite sport. Come meet them and find the one that best fits your needs. 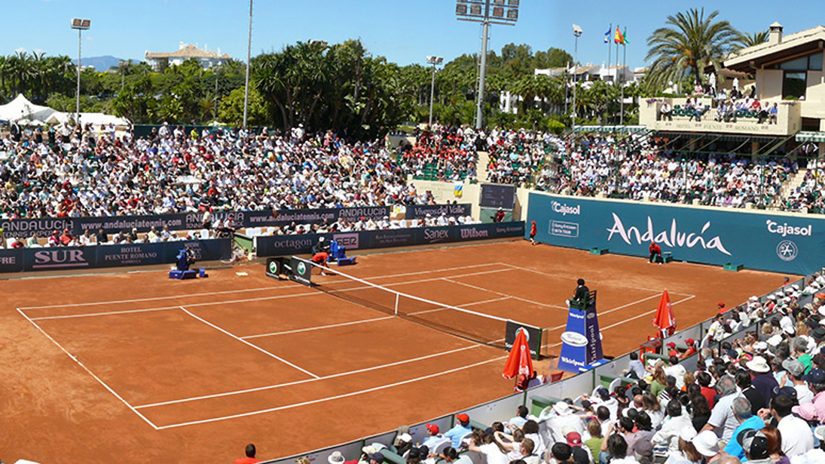 The Tennis Club carries an impressive roster with tennis legends such as Bjorn Borg, who founded the club in 1979, and the Wimbledon champion, Manolo Santana, who became director in 1983. The courts of the Tennis Club have hosted some of the best international tournaments, and have had stars such as Boris Becker, John McEnroe and Emilio Sánchez Vicario compete in them. Find out here about the next events and tournaments. 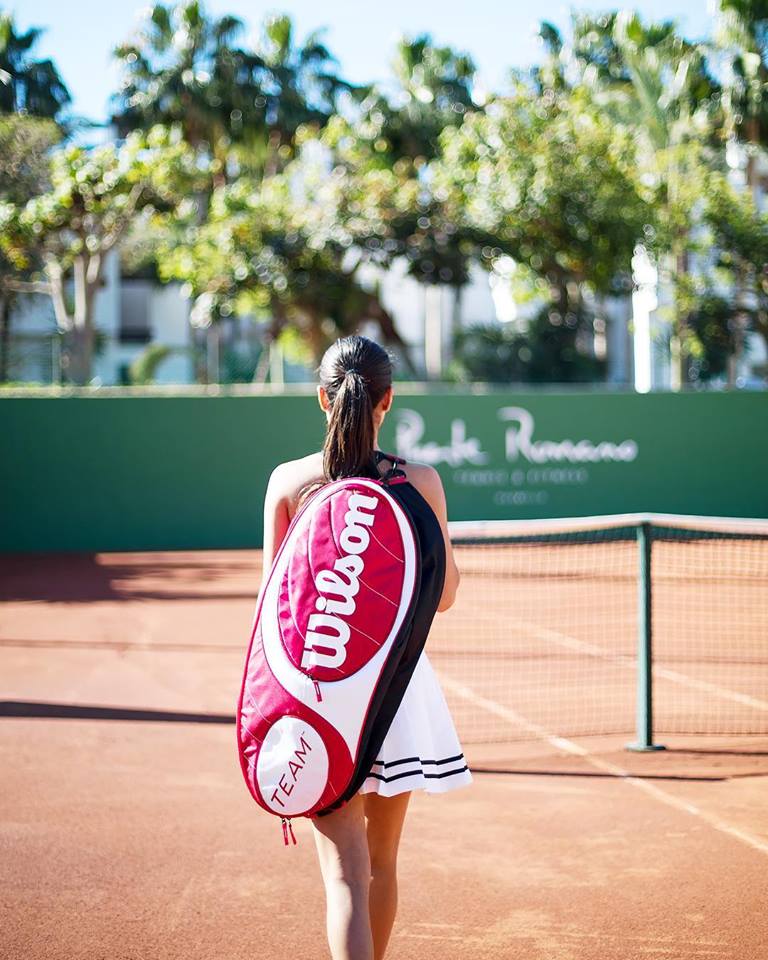 Anything not in stock can be ordered online. Ask one of our associates. Available brands:

When you become a member of the Puente Romano Tennis Club, you’ll have access to our excellent tennis courts, which are considered some of the best in Europe. You’ll also have the privilege of attending large sporting events and prestigious social occasions.

go to homeBook a court